Uganda U23 Men’s National Team, the Kobs have learnt their qualification path to next year’s U23 Africa Cup of Nations.

The draw for the qualification phase was conducted on Thursday.

The Kobs who got a bye at the first round will face Guinea at the second qualifying round.

Guinea will host the first leg between 21st -23rd October in Conakry with the return leg coming a week later.

If Uganda progresses to third round, they will face either Nigeria or the winner between South Sudan and Tanzania.

South Sudan meet Tanzania at the first round, with the winner meeting Nigeria in the subsequent round.

The third round ties will be played in March next year, with the winners of the seven fixtures joining hosts Morocco to make a total of eight teams at the final tournament.

It should be noted that the tournament also serves as Qualifiers for the 2024 Olympic Games that will be held in Paris, France.

The top three teams (Champions, Runners-up and bronze medlaists) will represent Africa at the 2024 Summer Olympics. 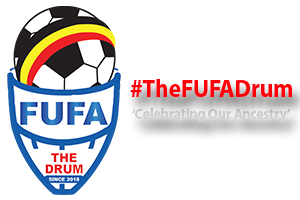